As a species, we are almost bound by tradition in some ways. We strive to go forward, but we still adhere to some traditions, still keep them alive.

Paper, books, they are important to us. Some have adapted and use digital e-readers, but most still prefer the actual feeling of paper. Paper, as we know it today, was not always the same. It used to be made from different materials and it has changed multiple times throughout history. Let us take a look and see how the history of paper changed. 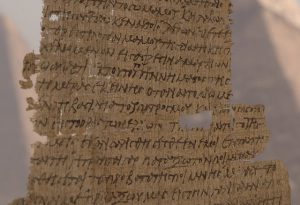 Long before we have any records of paper, papyrus was used. Papyrus was a very thick, paper-like writing surface. It was used in Ancient Greece, Mesopotamia and in general, the Mediterranean. Papyrus was made from a plant called Cyperus papyrus, an aquatic plant. It grows in swamps and has reeds and is relatively tender.

The center of the papyrus plant would be layered side by side and then another on top of it, at an angle. Then, that would be pressed together, to create a thick writing surface, often uneven and even more so at the edges. The ribbon structure of papyrus can be visibly seen and with frequent rolling and unrolling, it can become undone.

The earliest examples of actual paper come from China, around 179 BCE. Given the recent Fangmatan discovery, Cai Lun is no longer credited as the creator of modern paper, but merely someone who contributed to a less expensive production method. Paper in China was made from mulberry paper, a plant, and sandalwood, also a plant.

However, the first years of paper were not for writing or academic research, but rather for storing and wrapping valuables. Jewelry would be wrapped in paper for storage or transport. Until the 3rd century CE, paper was mostly used for wrapping or padding, including taking care of wounds.

Prior to the years when the printing press was invented, there were other methods of printing on paper. One of the first methods was developed in China, called woodblock printing. A block would have text or symbols on it, and another block would have compartments where color would be added. The two blocks would clamp a piece of cloth, originally, and afterwards, paper, to leave an imprint. Printing changed over the centuries, notably in 1436, when Johannes Gutenberg invented the printing press. 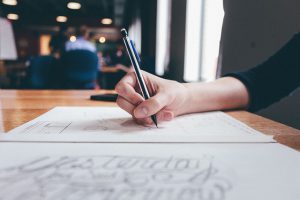 Paper was expensive for the most part throughout history because making it was expensive. Most was done manually, from obtaining fiber from plants to pressing everything together. In the 19th century, rotary printing presses, alongside paper made from wood, instead of pulp, printing and making paper became a lot cheaper.

Paper started from plants, moved to pulp from plants, and lastly trees, to now recycled paper. Who knows what type of paper we will see next.